METRO Magazine: Autonomous Vehicles in Public Transit Today … and in the Future

While much of society is still grappling with the realities surrounding real-world autonomous implementations, various transit authorities and mobility-as-a-service pioneer, Beep, have been bringing concept into reality across the country 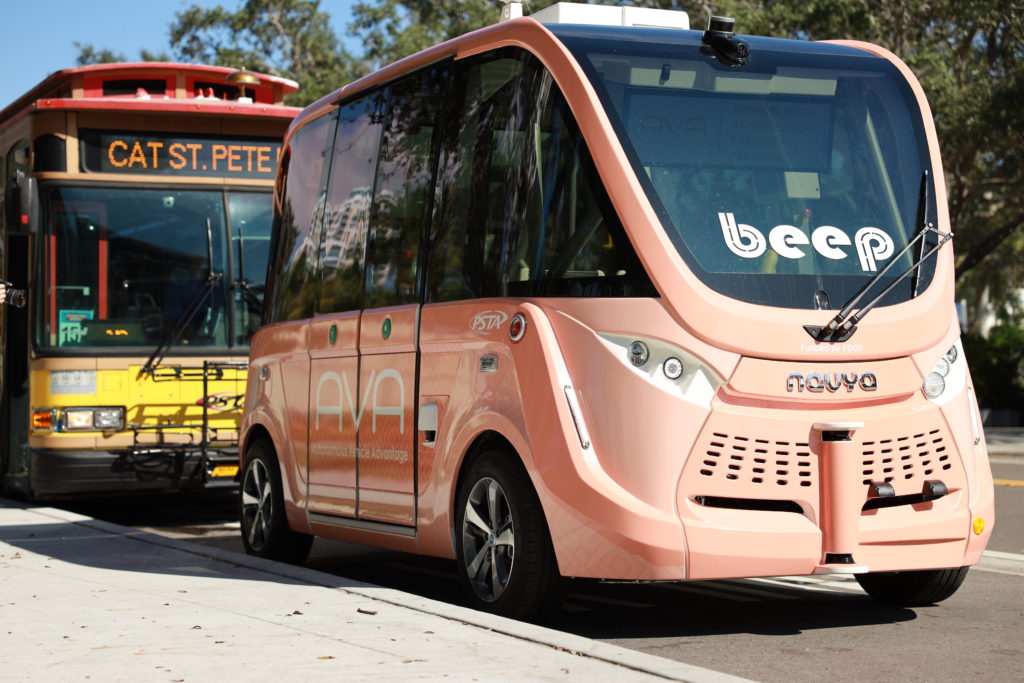 Close collaboration with autonomous mobility-as-a-service pioneer, Beep, has been enabling various regions to prove out the technology, safely and with purpose-built solutions in real-world

shuttle service deployments, servicing real micro-transit needs. Logically starting off with what’s referred to as first and last-mile use cases that complement existing means of connecting people to arterial routes and existing core transit services, Florida authorities and Beep are already at a stage where they’re integrating autonomous mobility deep into communities.

“We really don’t know when we’re going to have fully autonomous 40-foot buses – and I don’t know if our community is quite ready for that,” says PSTA Chief Development Officer, Cassandra Borchers – whose agency has actively deployed autonomous shuttle services across Pinellas County. “So taking it slow and using smaller vehicles in comfortable spaces was important to breaking the barrier of where we are today, and where we’re going in the future.”

PSTA’s Autonomous Vehicle Advantage (AVA) service – operating in neighborhoods across St. Petersburg and very soon in Clearwater– have been largely successful in transporting passengers. As an example, AVA operated in St. Petersburg along Bayshore Drive to the Dali Museum from 10 a.m. to 10 p.m. five days a week for a successful four-month pilot providing services for thousands of riders.

Not only did the pilot contribute to the city’s goals of reducing their carbon footprint via self-driving electric vehicles, but it allowed PSTA to study ways in which it may scale autonomous shuttle services in the future. Most importantly, it began to earn critical trust from the public.

“The goal was to gauge community acceptance of the technology in an area that was already highly active”, continues Borchers. “The corridor in St. Petersburg may have seemed short to some people, but we knew with all of the activity that was happening right there in the downtown area, that we would capture the attention of people who were already there to see something different and to have a new experience. We’d then get them to tell us what they thought of this new technology and how we might deploy it in other areas of the county in the future. In public transportation, people vote with their feet. When they step on the vehicle, that’s one way they tell you that your service is valuable.”

After years of the automotive industry promising fully autonomous vehicles at Level 5 operation with no human input or guidance, the reality is that vehicles themselves and the infrastructure to support that level of autonomy in society aren’t quite there yet. And won’t be for quite a few years.

That’s why Beep’s approach, based on the realities of today’s technology and infrastructure, has been able to advance AVs through controlled-speed autonomous mobility networks within geofenced areas, leveraging the very latest in sensor, camera and connected infrastructure technology to guarantee safety for those who ride. Beep’s existing implementations on public roads allow them to take real-world learnings and data to improve vehicle perception of the environment around it and develop new technologies that will ultimately elevate safety in the future and extend the use of these important platforms.

“Many people use the analogy of an elevator when those first came out: they started off with having an attendant on board,” explains Joe Moye, CEO of Beep. “People were apprehensive about being raised in the air by some little box car and everyone wondered if that technology really was ready and safe. It’s very similar to where we are now with autonomous.”

Onboard the shuttles that Beep implements today — currently consisting of two all-electric autonomous platforms — an attendant actively engages with passengers, while monitoring shuttle operations. A further layer of security and oversight is always present.  With each vehicle operating across the country, the Beep Command Center (BCC) remotely monitors shuttle health and operations. Sensor, video and telematics data are readily available for any of the team in the loop to provide continuous oversight at all times.

“Passengers learn how the technology perceives the environment and responds to any changes in that environment – and that creates a natural sense of security that ultimately will help drive the use of these types of platforms forward in a meaningful way,” added Moye. 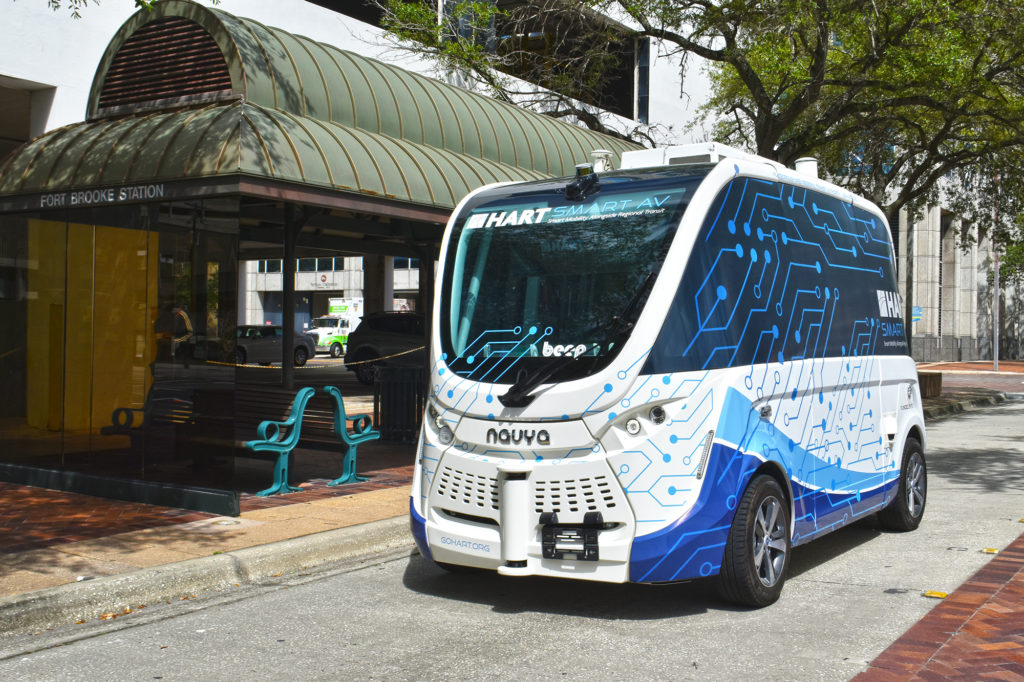 From trains, ferries, busses to other platforms, mass transit agencies incorporate multiple ways by which to move people. But it’s the gaps that exist for those passengers between those platforms that could benefit from strategically placed autonomous service. The downtown core area of Tampa, for example – made up of the city center and surrounding neighborhoods – found that the Beep autonomous solution had the potential to immediately fill some of those gaps.

Jacksonville Transportation Authority had its own unique challenges that sparked interest in testing autonomous vehicles.

The COVID-19 pandemic cast a shadow on communities, the country and the world. And during its early stages, communities like Jacksonville found themselves having to face unprecedented challenges.

“The pandemic had us thinking of ways of serving the public with creative solutions,” explains Bernard Schmidt, vice president of automation at JTA. “We launched the Beep autonomous shuttle service on the Mayo Clinic campus last year for four months to assist and provide transportation for COVID-19 test samples to move from the remote test tent to the laboratory safely and securely, which was about a mile away.”

“The project was phenomenal,” he continues. “It got international recognition for the JTA, Beep, Navya (shuttle manufacturer) and partners – with this being one of the first real-world Level 4 autonomous deployments in the United States, without an attendant.”

In addition to providing the community with much needed services during the pandemic, the four-month project at Mayo Clinic was a critical testing phase for JTA who has a long-term strategy of implementing autonomous shuttle fleets in the near-future. 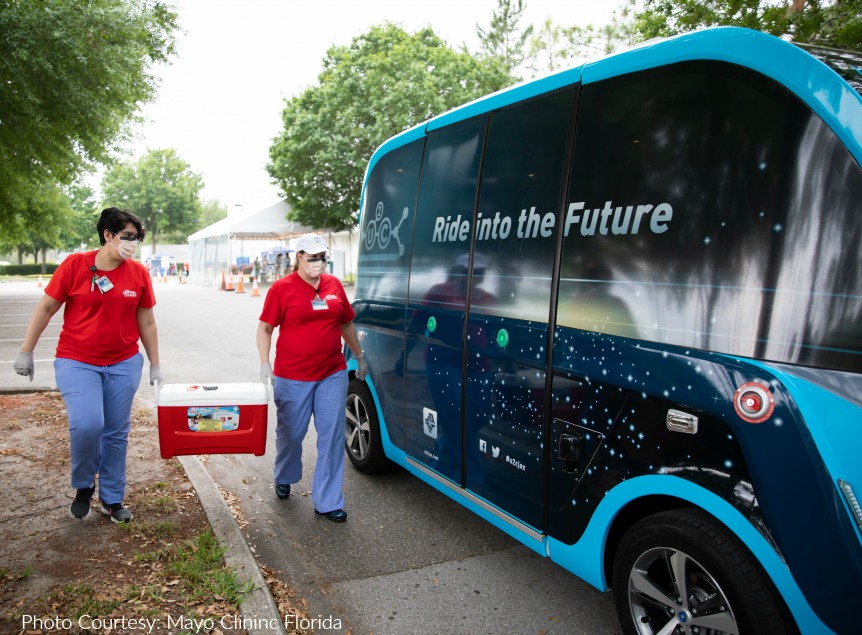 “The impetus in getting us started with autonomous was very much based on what to do with our existing skyway,” Schmidt continues. “I think the history of this automated people mover (APM) system, and with it never really maturing into what it was originally intended to be, was a factor. The JTA started to explore what to do next. We have an obligation with the Federal Transit Administration (FTA) and the U.S. Department of Transportation (DOT) to continue to upkeep and refresh our systems to provide quality public transportation.”

Ultimately various stakeholders made the decision to keep the skyway, expand it and also modernize it with emerging technologies, including autonomous vehicles.

“We really see that AVs and electric vehicles are the future. AVs will still take some time to hit mass adoption across society, but for us, we see the entry point of autonomous technology really being in public transit. I think in terms of acceptance, the immediate benefits and various boxes to check off, even if it’s smaller deployments to start, people will look to what we’re doing here first before they start to consider things like, for example, autonomous passenger vehicles.”

And although all three transit authorities had different reasons for taking first steps toward a more autonomous future, all three understand the immense potential.

“Ultimately the objective of these vehicles is to have a positive impact on all of these areas. Public transit authorities starting to test autonomous use cases have the advantage of getting out in front of it, studying the positive impact that it can have, exploring how they’d deploy these in various parts of their systems long-term and leading in addressing smart infrastructure needs that will make them even more viable in extended use cases,” added Moye. “Those who are engaging now are going to be able to take advantage of these emerging innovations a lot sooner as we are seeing across public transit in Florida.” 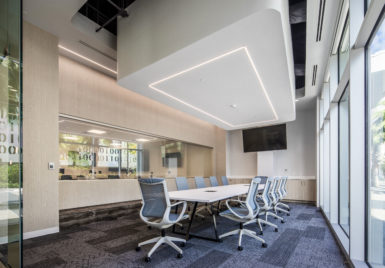 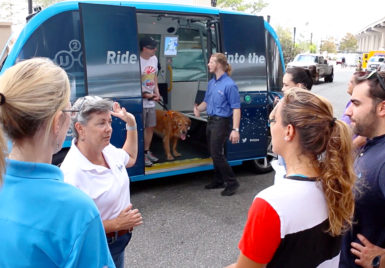 METRO Magazine: Autonomous Vehicles in Public Transit Today … and in the Future 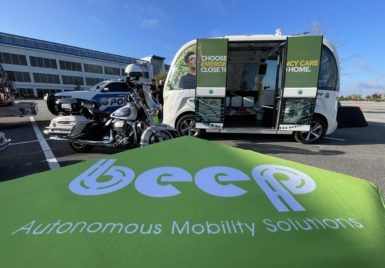